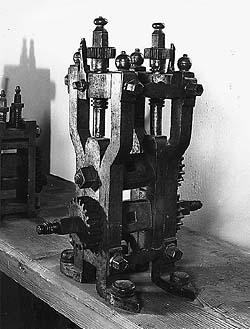 The right to coinage was one of a Land Monarch\'s privileges. In certain cases, however, that right was conferred to important aristocratic dynasties, church dignitaries and occassionally to cities. Those coinages were then termed as private. Among the Český Krumlov Castle owners, the Rosenbergs had already received that right, having received it from Emperor Zikmund in 1422. The right to mintage was renewed for them in 1532. Wilhelm von Rosenberg utilized the right to coinage of ducats in the year 1581 and of their multiples with portrait of Saint Christopher, and from 1587 thalers in Rychleby in Silesia. In 1595 Peter Wok von Rosenberg continued with coinage of the ducats in Rychleby and had numerous groschen minted.

In the year 1622 the Eggenbergs gained the Český Krumlov estate. Johann Ulrich von Eggenberg was right at the top of imperial favor, the proof of this being that fact that the Eggenberg dynasty was awarded the so-called Great Palatinate. It contained, among others, the right to mint private coins. Thanks to the Palatinate Johann Ulrich could establish his own mintage, employ his own masters of coinage, and mint gold and silver coins as per the common rules and customs of the land. The minted coins at the Krumlov Castle were the common means of payment of that time, naturally spreading mostly throughout the Eggenberg holdings in Bohemia and Austria. Johann Ulrich of Eggenberg probably exploited the Prague mintage services for his own coinage.His son, Johann Anton I. von Eggenberg renewed the precious metal smelting center in Český Krumlov in the year 1641. During the years 1642 - 1644, he had thalers coined at the local mint. In the end of the 1640\'s he concentrated the mintage of the thaler and other coins to the mint of Štýrský Waldstein. Johann Christian I. von Eggenberg and Jan Seyfried of Eggenberg, brothers, managed the mintage together in Český Krumlov during 1652 - 1658. Under the guardianship rule of their mother Anna Marie of Eggenberg, née von Brandenburg, thalers, ducats, and gold-coins were minted. The mintage right was used only by the older brother Johann Christian in his adult age, residing in Český Krumov where he minted groschen, the so-called "three-kreuzers". 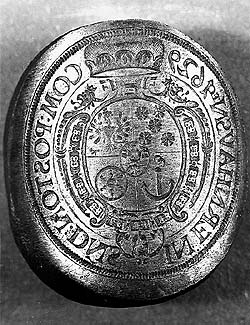 The entrance to the old mint at the Český Krumlov Castle was by the door in the passage between the III. and IV. Castle Courtyards. The mint was equipped only functionally, consisting of a built-in cupboard, tiled stove, smelting furnace, and necessary minting machines. Three kinds of machines were generally used for coinage. Rolling machines served for enlarging and rolling the so-called "cány" (streaks of silver to be finished at the same thickness). Punching machines knocked the round for a coin of certain type and size from a silver stripe. 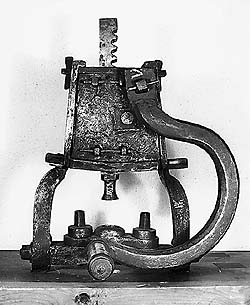 Two minting stamps for "avers and revers" (head and reverse) of one coin were inserted into the minting machines and by turning the handle the respective picture was stamped on both sides of a coin. The preserved collection of minting timbres and minting machines serves as a presentation of the craftsmen´s skill. There are not too many coins of that production, but the ones which exist demonstrate the excellent coinage and artistic beauty.

In the 1780\'s, on the command of Johann Christian I. of Eggenberg, a separate Mint building (Castle No. 59 - Mint) commenced to be built on the IInd Castle Courtyard on the project of Jakub de Maggi. The adaptation was extended until the beginning of the 18th century. However an Imperial Law dated 1702 abolished the mintage of small coins, including the groschen (the so-called three-kreutzers) which only Johann Christian I. of Eggenberg had managed to coin at the time. For this reason the Mint building never served its proper purpose. The descendant of Johann Christian, Adam Franz of Schwarzenberg, minted his coins only in Vienna. After a fire in the year 1728, the Mint edifice, with the supervision of builders Martinelli and Fortini, was restored and extended one floor. Since that time, the Mint has been used for apartments, offices, and as a space for Archives and the princely Schwarzenberg guard. 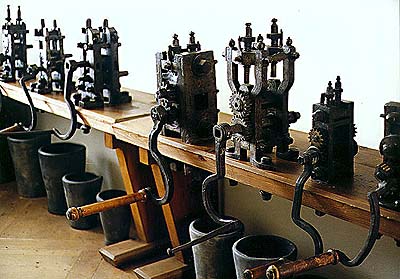 Nowadays the Mint building serves for expositional purposes (Tourist Services within the Český Krumlov Castle Complex) and the basement, after renovation, is to be used for services connected with Castle visit operations.