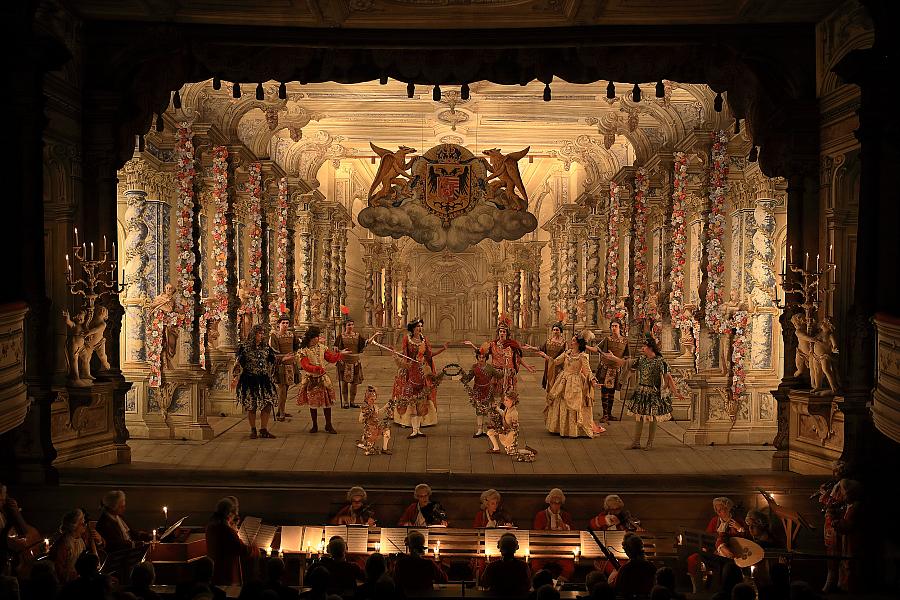 With the staging of Viviani’s opera La Vaghezza di Fato we hope to introduce our audience to the works of another Baroque composer who was important at the time but has unfortunately faded into obscurity today.

Giovanni Buonaventura Viviani (1638 – cca 1692), violinist and composer, native of Florence. He wrote operas and oratorios for Venice, Rome, and Naples, but spent most of his life serving the Habsburgs in Innsbruck and Vienna. Alongside Antonio Cesti and Antonio Draghi, he is one of the most important representatives of Italian opera in Central Europe in the second half of the 17th century, at a time when Italian opera was only slowly beginning to cross north of the Alps.

Viviani’s La Vaghezza del Fato is the only surviving opera for the imperial court of Leopold I. Its style corresponds to the contemporary Venetian model, with a rich stage design and an adventurous plot brought to life by the antics of comical characters.

The circumstances of the origin and performance of this Viviani opera are interesting. According to surviving sources (the manuscript score and the manuscript of the libretto, stored in the Österreichische Nationalbibliothek) – it was intended to be performed at the Imperial Court in Vienna during the Carnival of 1672. In January of that year, however, the newborn daughter of Leopold I, Maria Anna Antonia, died. The court mourning followed, with the cancellation of carnival pleasures, including the performance of the carnival opera. Viviani's La Vaghezza del Fato therefore was probably never performed, its libretto was not printed, and only its manuscript was stored in the emperor's music collection. Our performance of this opera will most likely be its world premiere.