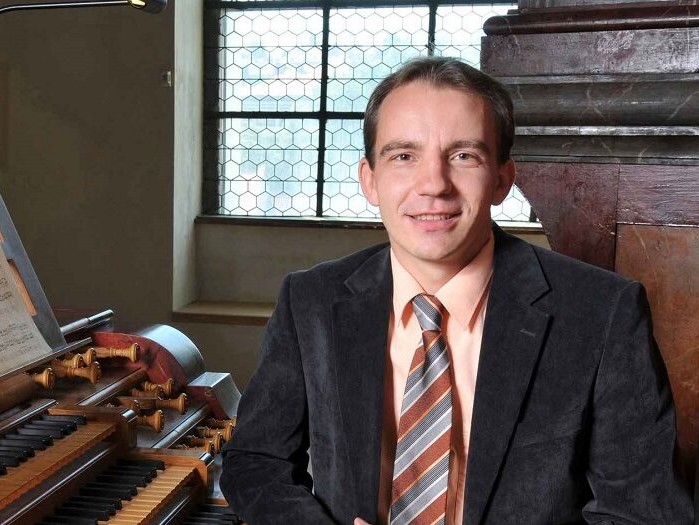 one of the most successful concert organists , International Music Festial

The Church of Corpus Christi and the Grieving Virgin Mary will be filled with the sound of the oldest organ in Český Krumlov, the only entirely original organ in Český Krumlov, on Sunday morning. Pavel Kohout, one of the most successful concert organists of the younger generation, will play compositions by the greatest music composers in a chamber atmosphere. He became the overall winner of the prestigious international competition Musashino – Tokyo 2000, where, besides the first prize, he was also awarded the Minoru Yoshida Prize for the interpretation of the works by J. S. Bach and a gold medal. The numerous main prizes he has received are proof of his extraordinary musical talent.