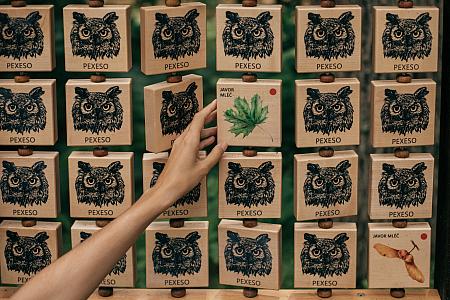 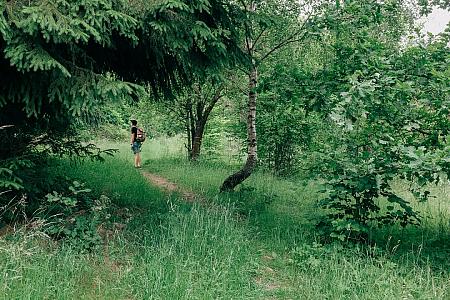 The baroque château garden from the second half of the 17th century is the largest part of the château complex. You can get to it from the château courtyard by two routes. By heading upwards to the left, you will come to the main entrance gate to the garden. The second path rises to the right to the winter riding school building. The path to Ptačí hrádek (Bird Castle) will take you around to the right, to the west. The Ptačí hrádek memorial was built to celebrate the victory of the coalition troops over Napoleon Bonaparte in the Battle of Leipzig (the Battle of Nations) in 1813. It has recently undergone reconstruction work and its exteriors are open to the public.

The nature trail in Dubík Forest is located in the opposite direction from the garden and will particularly appeal to children, who will enjoy exploring the surrounding world with their senses and overcoming challenges. The new trail measures two kilometres, offering visitors a total of thirty-five fun interactive elements that focus on the workings of nature, fauna and flora, as well as on physical activities. The first part with 15 stops teaches visitors about the natural cycle of water and with the decomposition of waste, or guides them through a food labyrinth. Two further circuits, each with ten stops, are dedicated to bird life.

Attractions along the route

You can divide the walk into two shorter trips starting from the château garden. The green marked hiking trail will take you west to Ptačí hrádek (2). Although you will have to overcome a small climb, you will still get there in about half an hour. You can see a historical reservoir on your way to Ptačí hrádek. When you get back, you can relax and enjoy refreshments in the château garden, before setting off in the other direction to the Dubík forests (3). The red marked route will take you to the nature trail in half an hour. The 2-kilometre long trail full of interactive elements for both children and adults will easily keep you entertained for half a day.