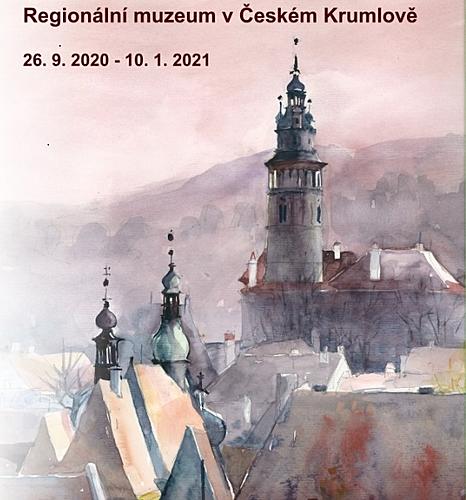 The name of jana Pešková (*1947) became known among cultural public mainly due to her long-term work in the field of ceramics, which she graduated from the Secondary School of Ceramic Art and Design in Bechyně. Since 1968 she directed her skills and applied them to the field of historical monument care, particularly to the creation of formally and technologically accurate replicas completing number of exteriors and interiors of gradually restored historical houses and the castle and chateau of Český Krumlov. In 1990 she became a member of the founding pedagogical staff of the Český Krumlov Secondary School of Applied Arts of St. Agnes, first as a teacher in the ceramics studios, then teaching painting, where she is active until today.

Jana Pešková is also a co-author of a unique ceramic model of the town of Český Krumlov, where she paritcipated on the preparation as well as the final interpretation alongside her husband Ing. arch. Petr Pešek, between 1977 and 1984. Alongside general work documentation, the exhibition also introduces for the first time a selection of detailed study drawings by Jana Pešková drafted prior to actual creation of the clay 3D model.

The final model on the 1:200 scale, capturing the appearance and condition of the town around the 1800s, has been long-standing most sought after showpiece of the museum. It is not only exceptionally impressive ceramic artifact but with its 'bird’s-eye view ' also provides visitors with fast information regarding the complicated historical town‘s topography.  The above-all aim of its creators, who dedicated almost ten years of their life to its completion, was to awaken an educated, wise and humble approach of current and future generations to the hundreds of years old jewels.

The exhibition opening ceremony including cultural program and with the presence of Jana Pešková and Petr Pešek will take place of Tuesday, September 29th, 2000 at 6 p.m.