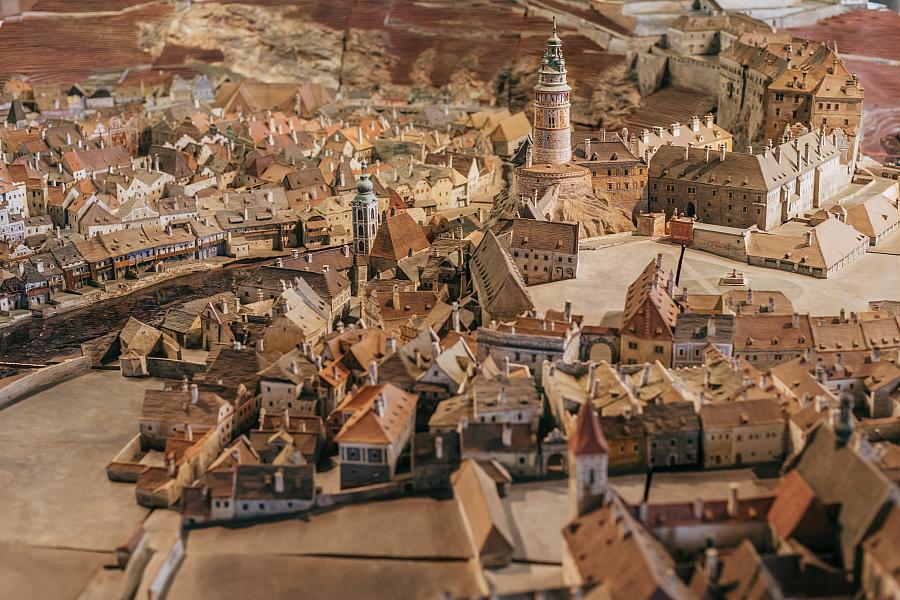 Ceramic model of Krumlov in Regional Museum in Český Krumlov.

The idea of building a model of the historic core of Český Krumlov in its ideal condition from around 1800 came into being in the mid 1970's.

The ceramic model on a 1:200 scale was made in 1977 - 1984. Preparatory works were supported by studying archive materials and resources, period plans and vistas, old graphic maps and photographs, and also by doing direct measurements on site.

The authors of the model, Ing. arch. Petr Pešek and ceramist Jana Pešková chose an unusual technological process and made individual buildings as well as the ground relief from colored baked clay. The model covers an area of 26 hectares of the urban preservation area, about 800 structures, meanders of the Vltava and the fortification, walls and gates which no longer exist. The oldest part of the entire model was the Budějovice gate with the Budějovice suburb of Latrán.

The complete model was first introduced to the public in early 1985 and has been one of the most appreciated and admired museum exhibits.