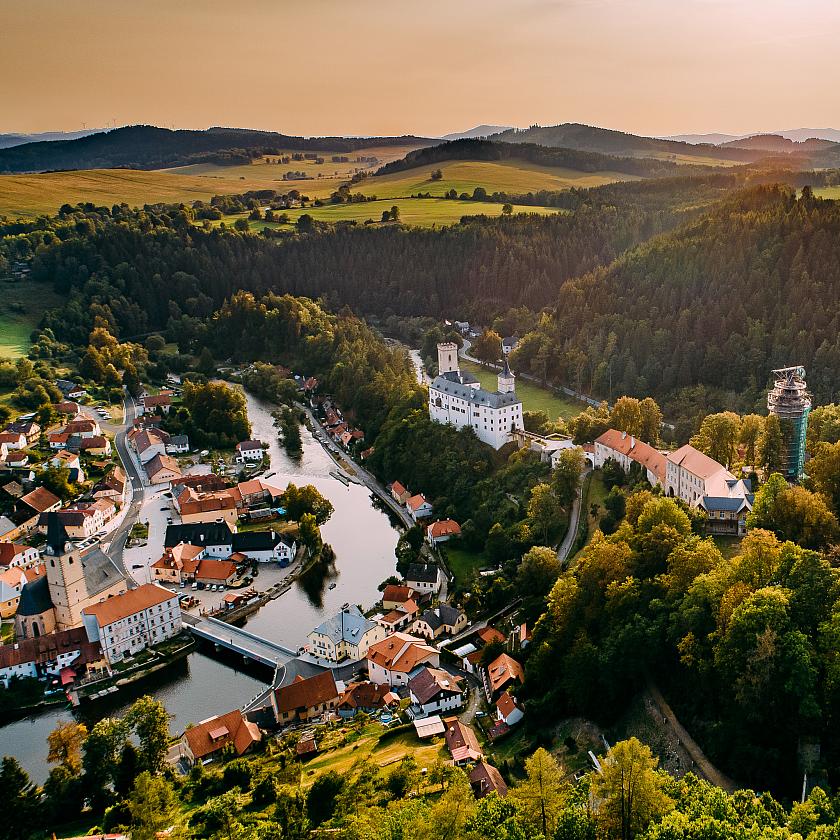 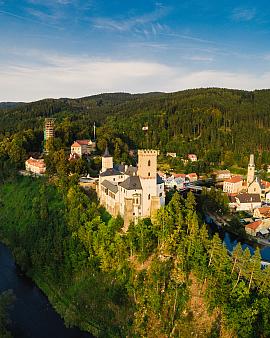 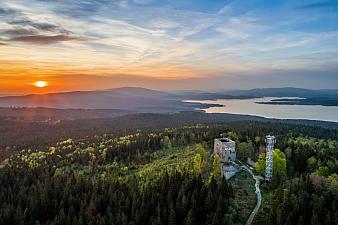 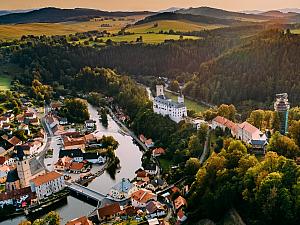 The trip combines a visit to the smallest town in South Bohemia and the Rožmberk Castle with an easy hike to the highest castle in the Bohemia, Vítkův Hrádek, located on the right side of Lipno reservoir. In good weather, the viewing area at the top of the residential tower offers the most beautiful views of the Šumava Mountains, Lipno, as well as the Austrian Alps.

From Český Krumlov, drive in the direction of Větřní along road 160 and from there continue to Rožmberk nad Vltavou.

You can park in the village centre and climb the approx. 300 metre-high hill to get to the Rosenberg Castle. To Vítkův Hrádek, continue along road 160.

After about 4 km on the road No. 160 turn right onto 163 in the direction of Vyšší Brod. You will pass Loučovice and reach the Lipno reservoir, but before you cross it, turn slightly left and continue 16 km through Přední Výtoň to the settlement of Svatý Tomáš, where you will park by the church. A red tourist sign will take you along a stony forest path with a slight ascent to the ruins of Vítkův Castle (approx. 300 metres). In dry conditions, it is possible to complete the trip with a sports pram.

Dam of the Lipno Reservoir

Rožmberk nad Vltavou – a city monument zone including, for example, the Gothic Church of St. Nicholas, the town hall, the historic fountain and the statue of St. Jan Nepomucký; Old Jewish Cemetery

Rožmberk Castle – known as the cradle of the family of the same name, built in the 13th century, completed in the 19th century, held by the Buquoy family, now managed by the National Heritage Institute – tours of castle rooms, night tours with scenic performances of the White Lady (ghost of legends), visit to the execution room, the repaired tower of Jakobínek; visiting hours

Vítkův Hrádek – founded by Vítek of Krumlov in the mid-13th century, the highest castle in Bohemia (1,053 m above sea level) with the largest preserved residential tower, the so-called Donjon, measuring 17.5 x 14 m; entrance to the castle tower