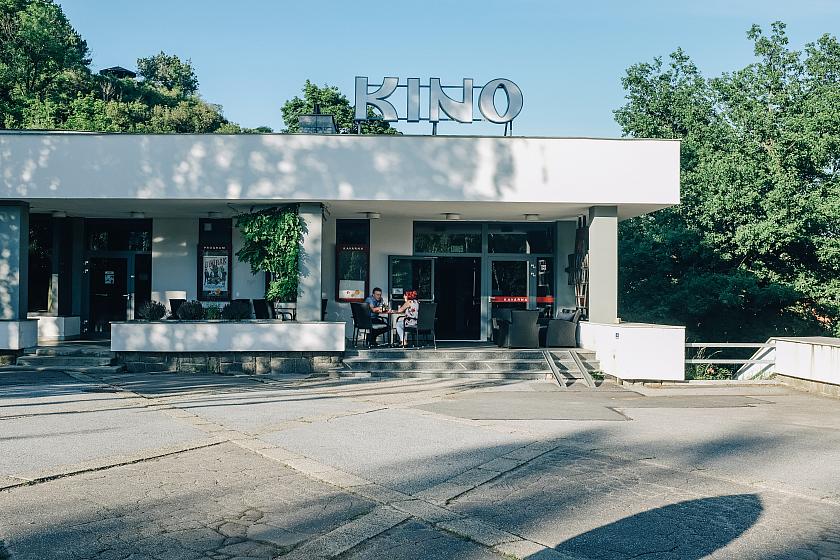 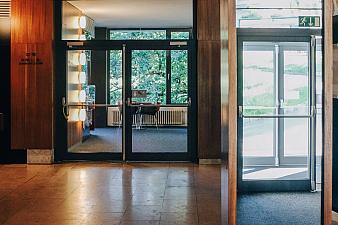 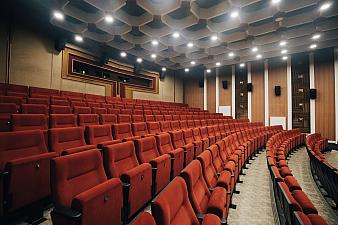 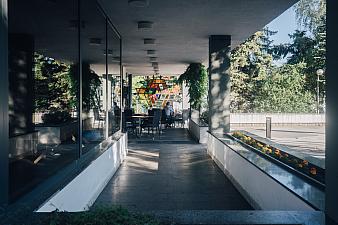 The Luna Cinema, with a total capacity of 242 seats, is open all year round. In addition to film screenings, the cinema also organises film festivals, themed evenings, lectures, etc. Taste great home-made cakes at the local café, where you can sit inside or on the outdoor terrace.

The cinema was digitised in 2012. A system for playing DepthQ 3D content and a new silver screen have been installed, all of which are necessary for this system due to its greater reflectivity. For the reception of alternative content (live music or sports broadcasts), the system was supplemented with high definition 1080p (FullHD) satellite signal reception.

Those who go to Český Krumlov to admire its historic architecture probably do not expect to also take away the experience of seeing quality modern architecture.

The Luna Cinema, formerly the Družba Cinema, was built between 1974 and 1976 as part of "Akce Z" based on the plans of architect Bohumil Böhm. The building is partly supported by a skeletal structure and boasts a number of works of art by local but prominent artists, which are largely well-preserved to this day. The architect’s design took into account the sloping terrain, which made it possible to place a service basement in the south-eastern part of the building. In the direction of the city, a façade opens with an evenly divided strip of windows with a view of the hustle and bustle of Objížďková Street. In the western part of the building there is a cinema hall, which, despite its vastness, does not look overly bulky. In 2012, a meticulous renovation of the building was completed based on the project by Tomáš Novák.

The impression of the building is enhanced by elements including stained glass at the entrance to the cinema, a neon sign above the entrance or a fountain in the public space in front of the cinema. Every detail of the interior had been carefully addressed, including the lighting, the clock and the curtain.