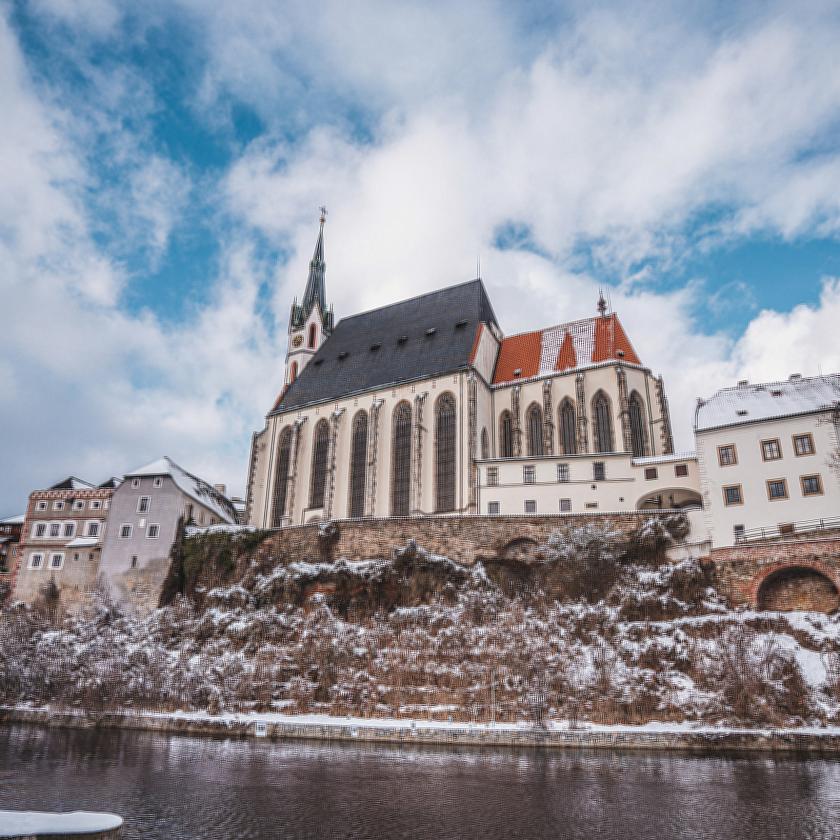 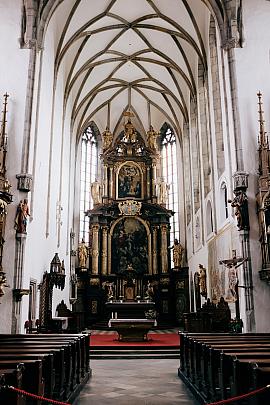 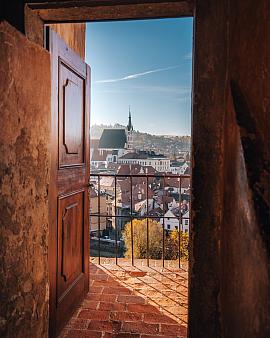 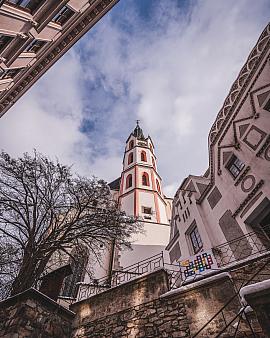 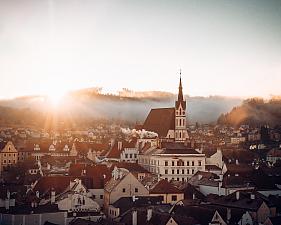 The Saint Vitus Church in Český Krumlov is a significant sight of the late Gothic from 1407-1439 with later modifications. In 1995, the Church was declared part of the National Cultural Heritage.

The Church of St. Vitus is a Gothic three naval construction from the period of 1407-1439. It was built on the foundations of an older building from the year 1309. The Gothic entrance portal was erected in 1410. In the 17th and 18th centuries, the Church continued to be extended and modified.

The Church is formed by three parallel arcades merged with a five-sided elongated presbyterium; there are rectangular multistoried sacristies on both sides with the Chapels of Resurrection and the St. John of Nepomuk Chapel, and the antechamber situated on the northern side. The occidental façade of the church incorporates a tower with quadrangular Roman window openings on the landing level changing to eight-sided openings higher up. The uppermost part of the spire is pseudogothic in style, dating to 1893-1894.

The Church is available to the public

The Saint Vitus Church serves for the purpose of religious ceremonies and occasionally it is the venue for classical music concerts.