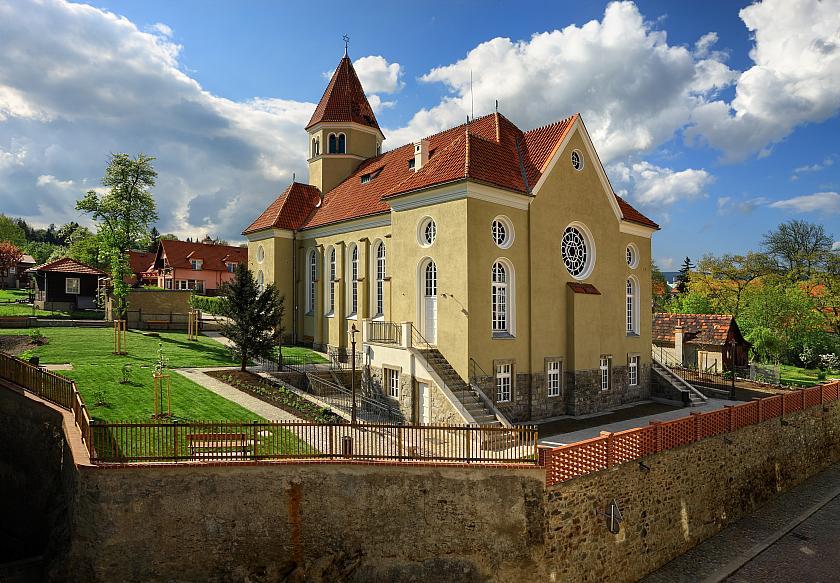 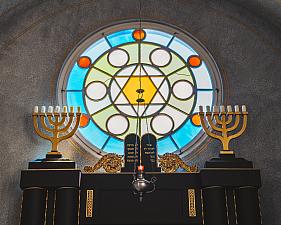 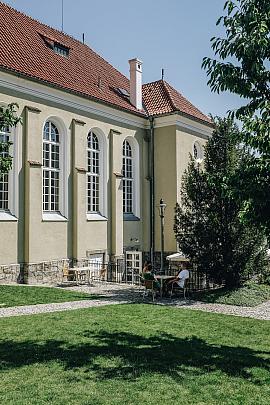 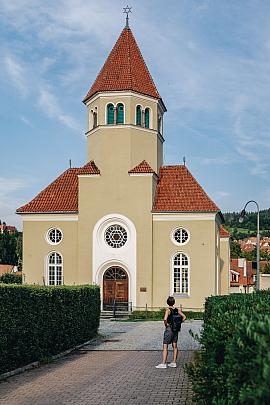 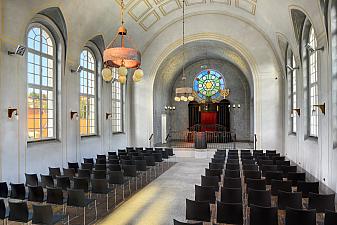 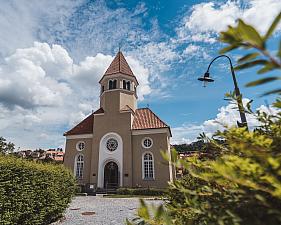 The 1909 Synagogue is the pearl of the Art Nouveau architecture of Český Krumlov with some Neo-Romanesque features. At the moment, it is used as a meeting place, and a multifunctional cultural, artistic and social space. Open to public in July and August from 10:00 until 16:00.

The Synagogue in Český Krumlov with an octagonal tower and abstemious use of Neo-Romanesque features was built in 1909 by the local Jewish community. It had only been fulfilling its purpose for 30 years when it came under the occupation of the Sudetenland in 1938. After World War II, it briefly served as a house of prayer for soldiers of the U.S. Army, later on, it was used by the Evangelic Churches and eventually, it became a storage place. In the post-war period, the site became the property of the town of Český Krumlov which returned it to the hands of the Jewish community after 1990. The first salvage restoration of the Synagogue was realised already in the late 1990s by the Egon Schiele Foundation, the thread of which was then picked up in 2008 by the Český Krumlov Development Fund which performed a complex reconstruction of the Synagogue in 2012.

Following the successful complex and sensitive revitalisation, the Synagogue, to a certain extent, now continues its original historical role. It is regarded as a meeting place, a multifunctional cultural, artistic, social, and religious space, a place of pleasant relaxation, a living “place with a soul”. Its primary function is to be the centre for the local and regional culture and erudition. Nonetheless, the significance of the place vastly transcends the border of the town and region. Therefore, in a non-violent fashion, it has been gaining recognition as one of the biggest tourist attractions of Český Krumlov. (source: www.synagoga-krumlov.cz). Aa café is situated at the back of the Synagogue.