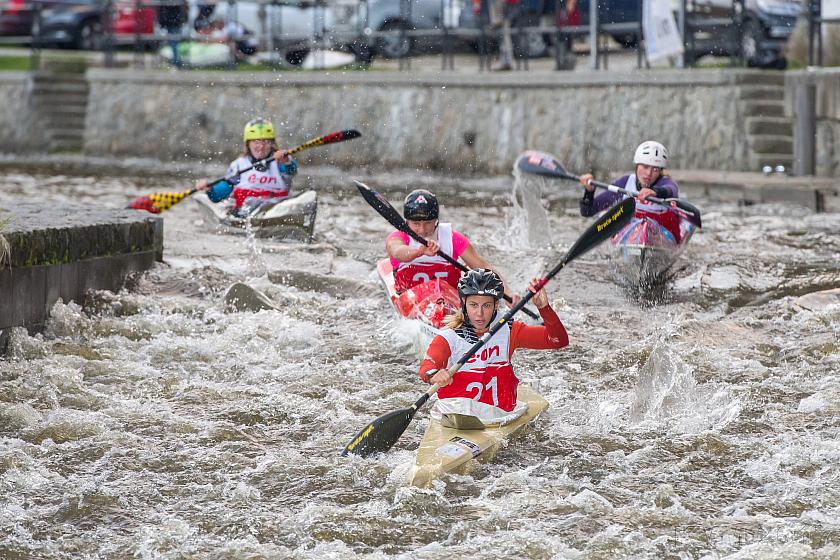 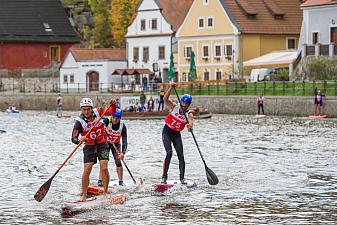 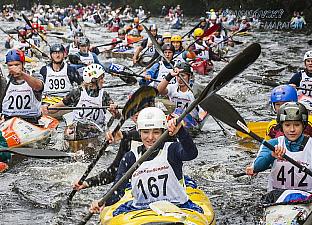 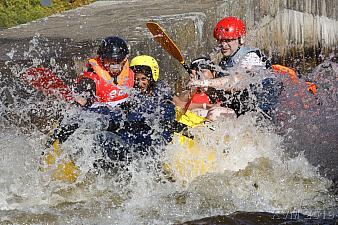 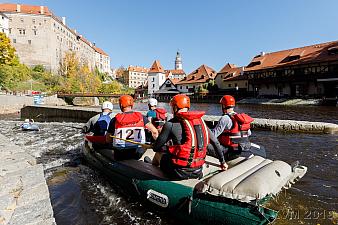 One of the biggest sporting events in South Bohemia attracts hundreds of paddling enthusiasts, from pure amateurs to the international elite, to Český Krumlov and its surroundings every year.

The first Český Krumlov River Marathon took place in 2003. The organizers were inspired by the river marathon in the French Ardéche Canyon, which they brought to South Bohemia, to the Vltava River. The Krumlov race thus joined the world series of river marathons and since the first year it has become the most visited race of its kind in the Czech Republic.

Participation in the race is not limited in any way and anyone can enter the joint race alongside top competitors. Competitors on the Vltava River compete in kayaks, canoes, as well as rafts, prams and paddleboards.

The marathon always starts in Vyšší Brod or Rožmberk nad Vltavou and its finish is in Český Krumlov, where participants run through all the famous Krumlov weirs to the finish on the embankment at the brewery. The competitors cover thirty-six and twenty-six river kilometres respectively.