Budějovice Gate and the remains of the city fortifications 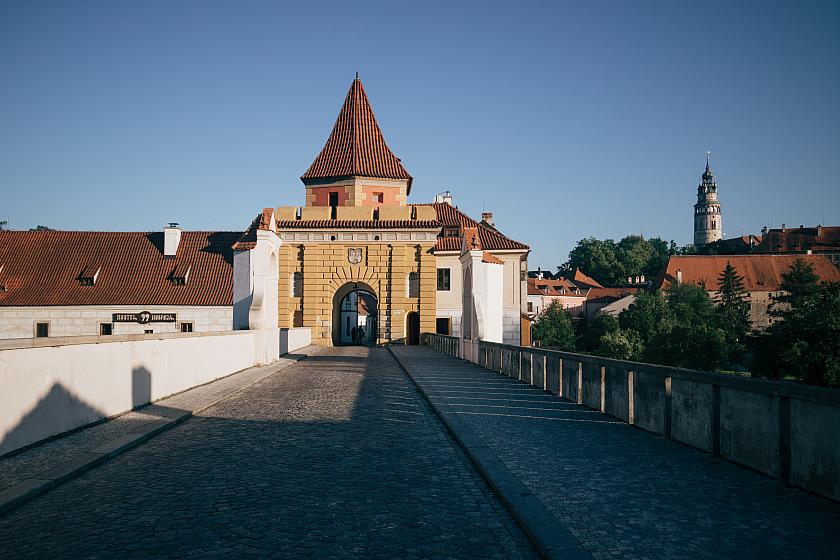 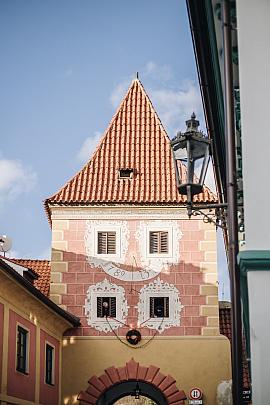 The Budějovice Gate is the only one of the nine city gates that has survived to this day. It was built in 1598 – 1602 by the architect Domenico Benedetto Cometta of Eckthurn. You enter the gate from the north into Latrán Street.

History of the gates and fortifications of the town

The town of Český Krumlov originally had nine main town gates; only one of them, the youngest - Budějovická - and a tiny fragment of the original fortifications have survived to this day. During the 19th century, when transport and industry were being developed, most of the town fortifications, including the gates, were demolished.

The only other two surviving parts of the city fortifications are: the bastion from 1505, which is the only surviving building of its kind in the city. It is a round corner tower of the former city fortification with key embrasures. Located near the brewery (map), it is now privately owned and offers stylish accommodation. The second surviving part of the 16th century city fortification is the remains of a Parkán town wall with a low quadrilateral tower and can be found south of the square at the beginning of Hradební Street (access from Kájovská Street, map). Today there is an Italian café here.