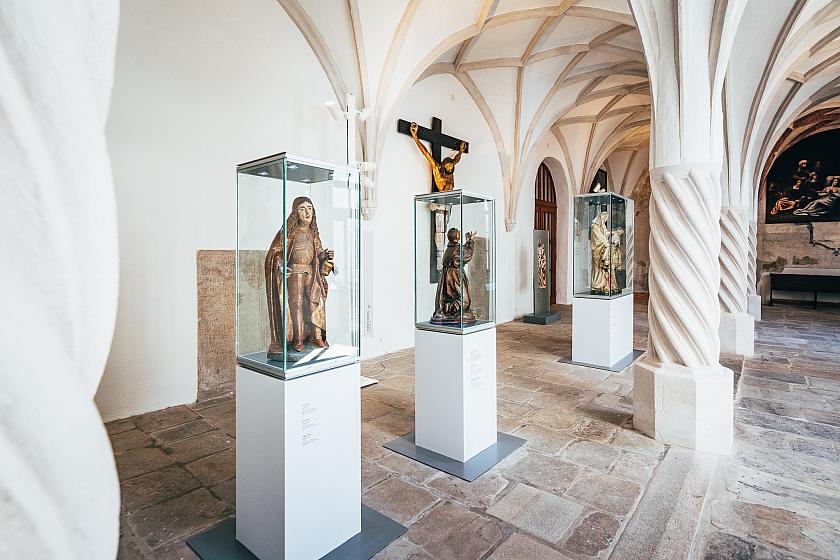 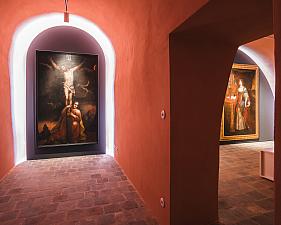 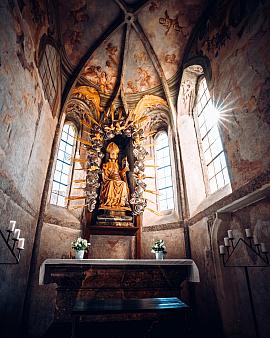 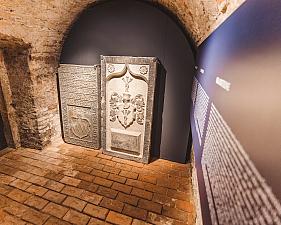 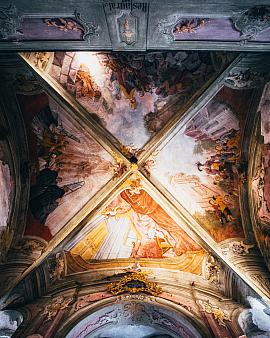 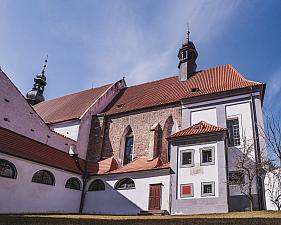 A permanent exhibition on life and art in the monasteries of Český Krumlov, set in the former convent of the Minorite monastery

The exhibition circuit called 'Life and Art in the Monasteries of Český Krumlov' presents the architecture and art of the two monasteries.

The Gothic vaults of the Stations of the Cross provide space for a rare preserved cycle of lunette paintings dealing with the birth, life and death of St. Francis. 18 of the original 25 lunettes were preserved and restored. The paradise garden with an archway is overbuilt with the chapel of Our Lady of Einsiedeln, which was donated to the monasteries by Jan Kristian of Eggenberg and his wife in 1680. Although the chapel is much more recent than the monastery itself, it is built in the Gothic style.

Another gem is the Chapel of St. Wolfgang, where Gothic frescoes were miraculously discovered under layers of mould, fungi and plaster, progressing from the lower part through Baroque draperies to the Art Nouveau painted ceiling, depicting the life of St. Wolfgang.

The entrance to the exhibition is provided from the Tramín courtyard. The grounds of the former Minorite monastery, including most of the exhibits, are owned by the Order of the Knights of the Cross with Red Star.

In the Monasteries, in a section of the former convent of the Poor Clares, you will also find a space dedicated to families with children. It includes a historical playroom with an interactive exhibition, an exhibition area and craft workshops. The complex also has a café offering visitors a rest indoors or in an outdoor atrium, as well as accommodation in four apartments.