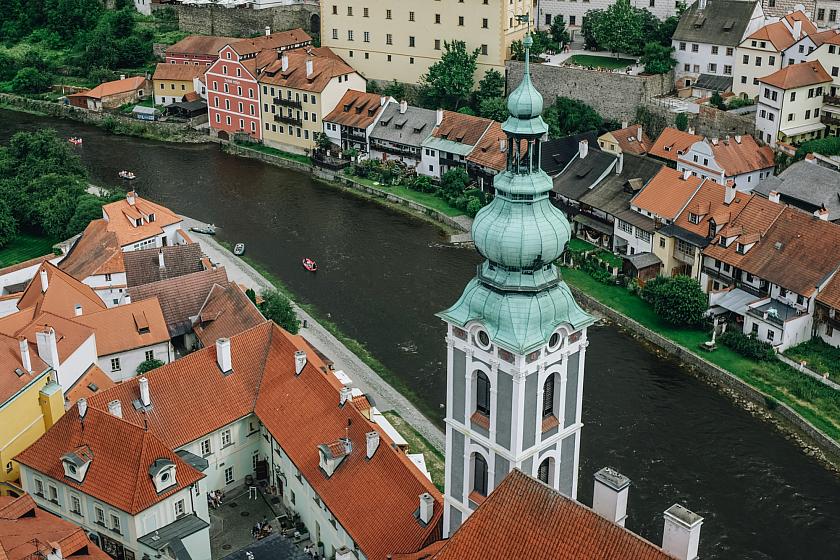 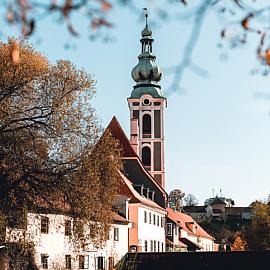 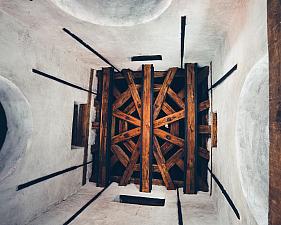 The history of the Church standing near the main Krumlov artery Latrán reaches all the way back to the 14th century. In 1787, the Church was decommissioned and closed. Inside the site, currently used for housing and shopping purposes, you have the opportunity to visit the tower and view the roof frames.

History of the Church

The location of the Church was originally occupied by the St. Jošt Chapel established already prior to 1334 by Peter I of Rosenberg and used to be part of the Rosenberg manorial hospital (Latrán No. 13). In 1596, Petr Vok launched a Renaissance reconstruction of the Church and two years later, the Church was given to the Protestants, nevertheless in 1600, Emperor Rudolph II prohibited its non-Catholic use. In 1787 – during the Josephine reforms – the Church was decommissioned and closed. Following those events, the fate of the Church was rather buoyant. From the beginning of the 18th century, it used to house a casino with a taproom and a dance hall on the second floor. After 1900, the site was used solely for accommodation purposes with shops and a restaurant on the ground floor. After the year 1920, there used to be, among other things, a Baťa shoe shop, and a small shop of Josef Seidel.

The publicly accessible premises of the tower and the garret are currently closed. We shall inform you about the opening and the offer of tours.