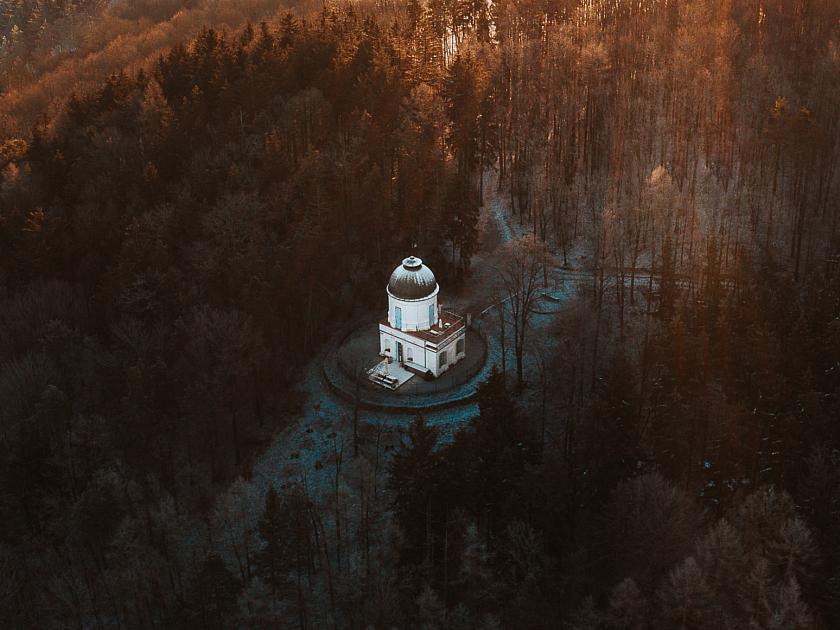 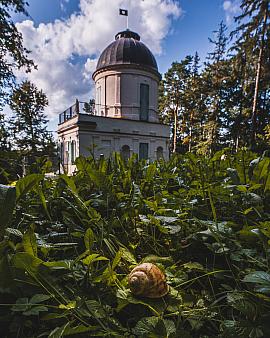 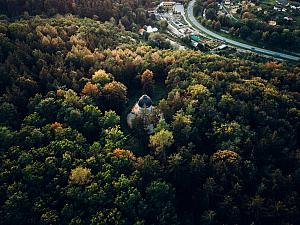 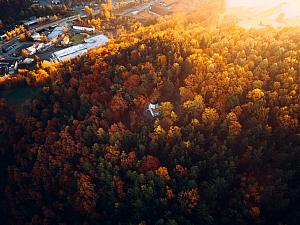 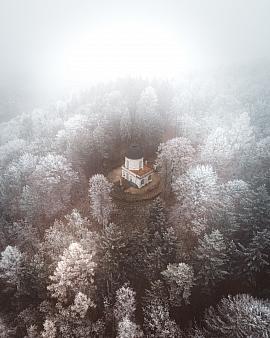 The unfinished monument commemorating the victory of the united army of Russia, Austria, and Prussia over Napoleon Bonaparte in the battle of Leipzig of 1813 is located near the chateau garden. The site is privately owned and you can only view its exterior.

The site is privately owned and unavailable to the public. Therefore, you can only admire its exterior. However, do not miss out on the nearby lookout tower of the same name, as well as the historic water reservoir which is located on the way from the chateau garden to the little castle of Ptačí hrádek (following the green trail). The reservoir used to serve the purpose of pumping water from the Polečnice stream to supply waterworks and fountains in the chateau garden.

History of the Memorial

The little castle of Ptačí hrádek was originally intended as a memorial commemorating the victory over Napoleon Bonaparte in the Battle of Leipzig of 1813 – for the troops were commanded by a brother of the Duke of Český Krumlov, field marshal Charles I of Schwarzenberg. The alleged author of the design of the memorial was Jan Sallaba, the author, among other things, of the Kleť lookout tower and a former director of the Chief Building Authority in Český Krumlov. His monumental design envisaged an Antique-style façade of an almost temple-like appearance on each of the four sides. However, it eventually failed to be realised to the full extent. It is uncertain as to whether it was due to insufficient financial funds or simply due to the fact that during the fast-developing 19th century, such a monumental construction no longer blended in with the surroundings. The building remained unfinished and in a state of decay for a long time. Neither the Communist regime, nor the post-revolution owner, the Forests of the Czech Republic, took an interest in it. It was not until 2010 that the site was acquired into private ownership and consequently reconstructed. (source: Krumlovské baráky)