Český Krumlov State Castle and Château, the second largest castle and château complex in the Czech Republic, is one of the most important monuments in Central Europe and forms one of the city's main landmarks. 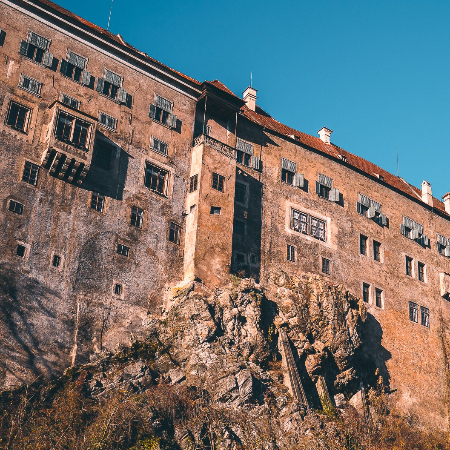 Most of the castle's interiors are closed from 1 November to 31 March.
The castle museum and the castle tower are open all year round.
For details, see the Castle Tours section below.

Availability: Český Krumlov State Castle and Châtea is located in the city center, which is a pedestrian zone. Cars can be parked on marked parking lots, the nearest are P1 Jelení zahrada and P2 Pod poštou.

Part of the château complex is the reconstructed building of the Study Centre in the first château courtyard. It offers the possibility of long-term study stays, accommodation, but also facilities for workshops, concerts and other social gatherings. More about the use of the Study Centre and hire options >

In addition to the castle interiors, which are presented to the public by two sightseeing routes, the complex offers a wide range of other historical delicacies in the form of the castle tower, a symbol of the rich history and artistic beauty of Český Krumlov, the Baroque castle garden from the 17th century and the Baroque theatre.